Marvel, Keanu, and Dragons oh my!

James Gunn confirms that John C Reilly and Benicio Del Toro will not return for Guardians of the Galaxy 2. Gunn stating that neither character fit into the mold for Volume 2. Del Toro has a role in the upcoming Star Wars Episode 8, which is well underway. As for Reilly he has Kong: Skull Island in post-production and a couple other films in pre-production, needless to say the guy is busy! 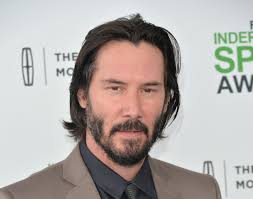 This weekend the movie Keanu purred it's way into theaters. The cat-tastic move stars Keegan-Michael Key and Jordan Peele and the plot focuses around Key and Peele and a do-rag wearing cat named Keanu, coincidentally who is voiced by Keanu Reeves. But that's not what our title of Keanu is about. We're actually wanting to talk about Mr. Reeves himself and John Wick 2. The next John Wick movie is still over a year away, but that doesn't mean Keanu Reeves hasn't started thinking about more sequels. He already has ideas and it looks like there may not be an end in sight for the action packed flick

Season 6 of Game of Thrones premiered last Sunday. While we're still not sure of John Snow's fate, the fate of the series itself is becoming a bit clearer. After Season 6 we may only have 13 episodes left in the series! Many fans are upset about this news, but it could be a smart move. Instead of dragging out the story, fabricating things-- away from Martin's vision since he has yet to release another book, and making us feel like the show has gone past it's life expectancy just the opposite is happening! Instead of feeling dismissive of the characters we have grown to love, we will be left wanting more. That's a high note to go out on!

Posted by Unknown at 6:13 AM No comments:

Changes for the Globes 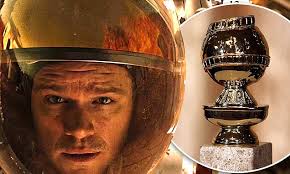 The Golden Globes last year allowed The Martian to enter into the Best Musical or Comedy. Before Ridley Scott’s outer space drama The Wolf of Wall Street too got to enter the same category. Both should have specifically been competing for Best Drama. The Hollywood Reporter posted about the new guidelines that will be applied to the Golden Globes for next year: “Motion pictures shall be entered in the category that best matches the overall tone and content of the motion picture. Thus, for example, dramas with comedic overtones should be entered as dramas”.  That definitely is a pointed comment toward The Martian.  While this may make picking a winner harder, it is fairer to the actual films in their respective categories.

Posted by Unknown at 3:13 PM No comments:

Roll Call!!...wait what?! I guess for anyone who hasn't seen any of the last several Marvel flicks then this could help them out.
Here's a new TV spot that shows us who's who.
Posted by Unknown at 3:09 PM No comments:

Who Won't Be Han Solo? 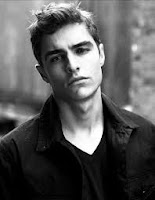 Dave Franco (Now You See Me) says he auditioned for the role of Han Solo in the spinoff project. How does he think he faired? Not so well. He thinks his name is no longer on the list or even being talked about.

Posted by Unknown at 1:37 PM No comments:

Who Hasn't Seen It Yet? 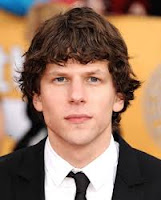 Which Batman V Superman Star Hasn't Seen The Movie Yet?

Jesse Eisenberg isn't one to watch his own movies. He only say Zombieland because Woody Harrellson, one of his co stars in the film, physically forced him to go into the theater with him. So has he seen Batman V Superman? Well, no. No he hasn't. So just because we see a star on the red carpet doesn't mean that they actually go take a seat in the theater.
Posted by Unknown at 1:35 PM No comments:

Barbershop:The Next Cut-$20.2 million The 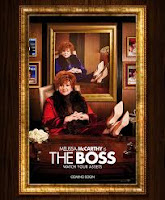 When Will Samuel L Jackson be FURYious again?

Samuel L Jackson says Nick Fury won't be in Civil War, but thinks that he'll be back for Avengers 3 and 4.

Robbie and Quinn, how long will it last?

Recently Margot  Robbie said she wants to play Harley Quinn as long as she can physically keep up with the role. Considering she's in fantastic shape and seems to keep herself that way there shouldn't be an end in the near future of this 'twisted' relationship.

AMC thought allowing viewers to text while watching a movie in their theaters may be a good idea, in order to keep people coming back to to watch at their establishments. But they quickly changed their minds when they got backlash from patrons and the internet. The idea has been kiboshed for now.

Courtney B Vance (Terminator Genisys and O.J. Simpson), also known as Mr. Angela Bassett, has been added to The Mummy cast! This 2017 release is getting stacked!

Posted by Unknown at 3:25 PM No comments: